Star Wars fans of the original trilogy, know that there used to be only THREE lightsaber colors…red, blue and green.

Well, did you know that Samuel L. Jackson had a purple light saber just because he asked for one? His character is after all the second Jedi only to Yoda.

We have included an interview with Jackson, explaining how the purple light saber came to be as only he can tell it.

*There is some language in this video and not intended for younger audiences.

You can’t help but love this guy!

Did You Know that Walt Disney World once had a working private airfield?

In the background, you can see Disney’s Contemporary Resort to the right and Cinderella Castle to the left of the resort.

Walt Disney World Airport was a STOLport- Short Take Off and Landing. It was built in the early 1970s to serve WDW employees, guests and even some celebrities.

Guests traveling along World Drive toward the Transportation and Ticket Center or on the monorail may have seen what’s left of the runway. It was near what used to be the WDW Speedway. Disney has used the strip as a parking and storage lot for its buses.

According to sources, part of the service was provided by Shawnee Airlines to Orlando Jetport at McCoy, now MCO and Tampa International. Was very busy after construction, but could only accommodate 4 aircraft at a time and no hangar space was ever built.

All passenger service was discontinued by the 1980s, mainly because of the expansion of the WDW Monorail. Imagine Disney legal as commuter jets would fly onto Disney property close to a monorail full of guests.

The original plan was to have an airport on the land that is now the city of Celebration. Orlando International Airport was built in 1976, which would make someone assume that the Walt Disney Company by then had decided to abandon the idea. This is a fun and interesting topic to jump down the rabbit hole to learn more.

Was there another airfield on Disney property? Stay tuned to find out! 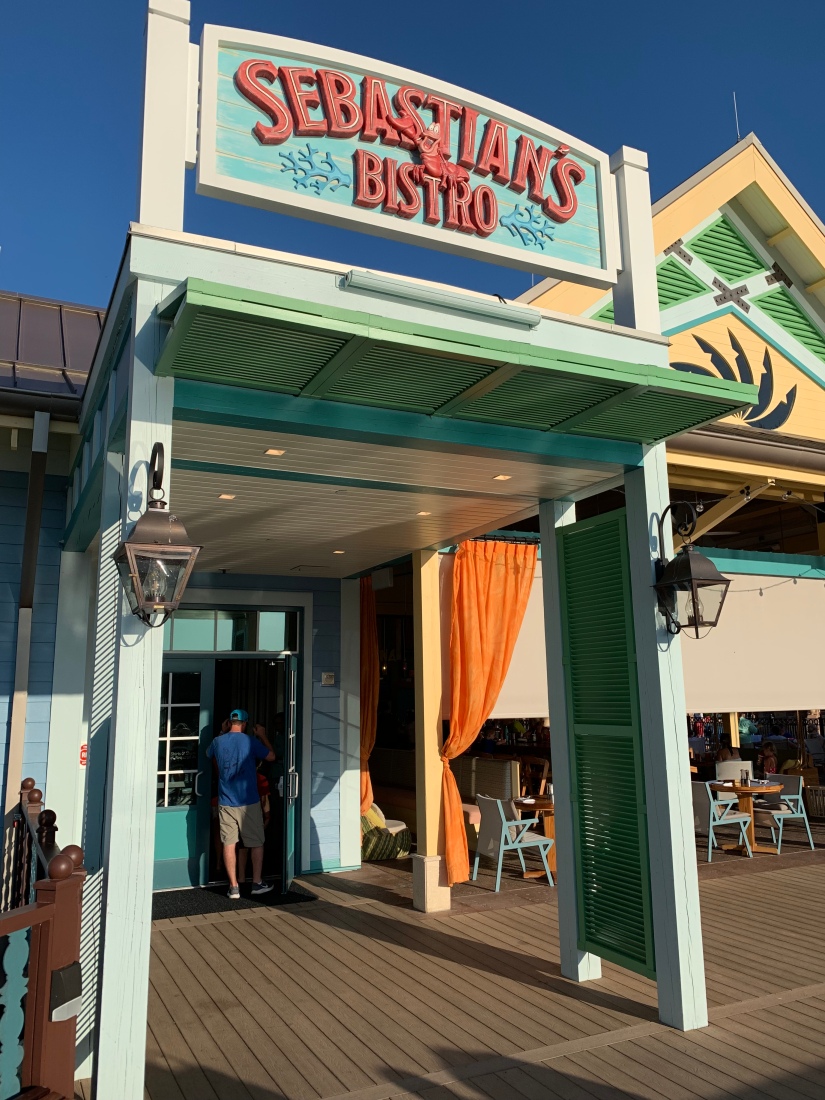 One of our fave meals was at Disney’s Caribbean Beach Resort’s Sebastian’s Bistro. Sebastian’s Bistro opened last summer and had some big shoes to fill as it’s predecessor Shutters, served up delicious food without all of the waiting and crowds.

The staff was very attentive and the chef was very knowledgeable and accommodating. If you are like Darcie, and have a food allergy or a serious food allergy, Disney chef’s go out of their way to provide safe and delicious food.

We gladly used a Disney Dining Plan meal credit for this dinner.

Kristy had the Sustainable Fish with Mash Plantain and Escovitch Sauce. Darcie had the Skirt Steak “Chimichurri” with crispy Yuca. Both, were absolutely delicious and cooked to perfection. For dessert, Kristy had the Banoffee Tart- Banana Custard, Chocolate Ganache and Caramel Sauce. Darcie had the Floating Island-Fresh Caribbean Fruit and Meringue with Guava and Guanabana Sorbet.

*Darcie’s were both from the food allergy menu. Disney owned and operated restaurants do have a separate kitchen in the back to prepare food for those with food allergies. In Darcie’s case, she cannot eat gluten or foods that come into contact with gluten. The chef’s and staff do an amazing job in consulting and preparing food for those with allergies. If you are on a diet/ meal lifestyle change or have other food related questions. Just speaking with the staff and the chef will help calm your nerves when it comes to meal times.

This restaurant is definitely worth going off of the beaten path for. It was lovely to visit Caribbean Beach Resort and to see the construction progress of Disney’s Riviera Resort. 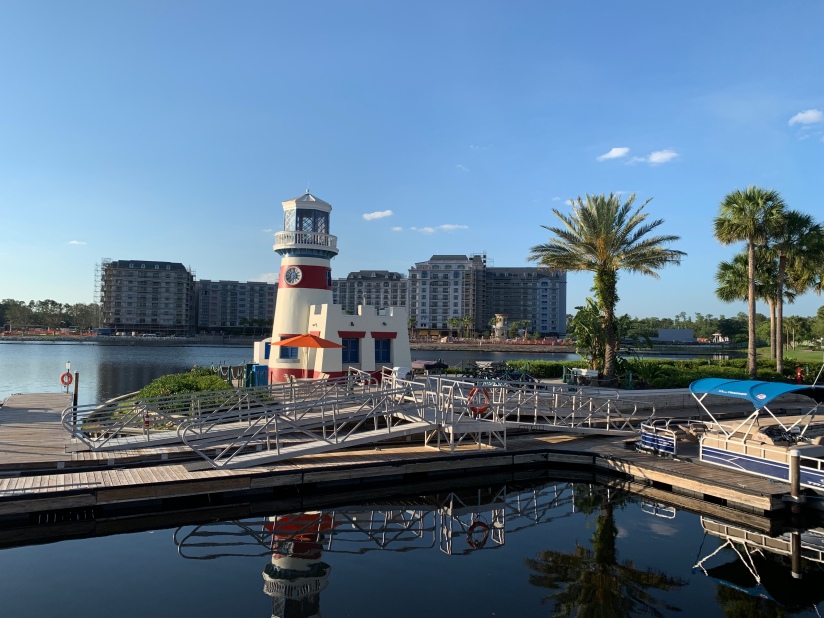 We’ve had several months to get over the shock of the complete reimagination of the World of Disney shop at Disney Springs. Yes, many of us feel that a bit of our childhood is gone with the absence of so many of our favorite characters in this huge shopping oasis. I, myself, had to take a picture of the Genie dressed as a tourist, every time we were shopping. Take heart. All is not lost. Yet again, Disney has showed us their infinite wisdom in this new streamlined design. It doesn’t feel as crowded or as overstimulating. Items are easier to find and it feels like guest traffic flow is better.

Our favorite characters are back, but not at neck-breaking heights as they were before. So many wonderful digital and artful touches that make you feel like you, yourself have stepped into a Disney animated production. You see art supplies, paint colors, pencil sketches, posters and more.

My absolute favorite part of this reimagined space, is at the checkout. As you head to finalize your purchases, you feel as if you just stepped into the Walt Disney Studios, back in the days when hand drawn animation was king. I love seeing all of the sketches, the counters that are made to look like the animator’s desks, the filing drawers, the photos, display art and much more. 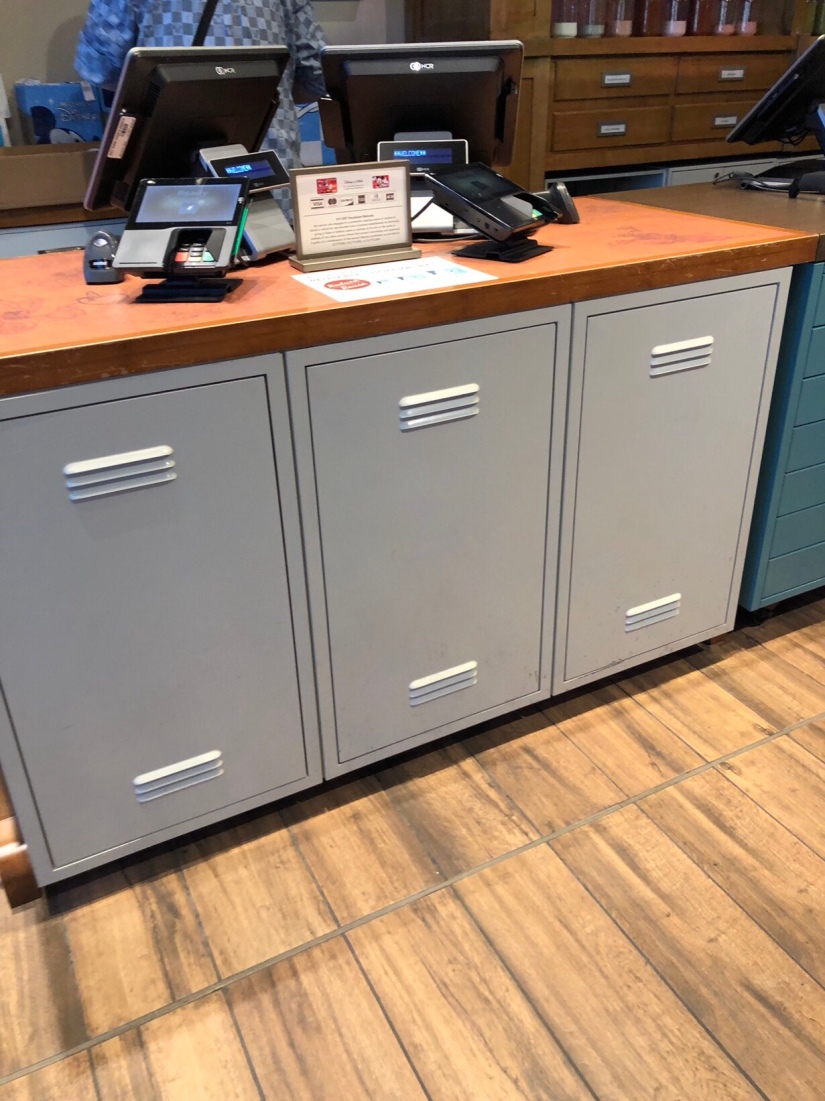 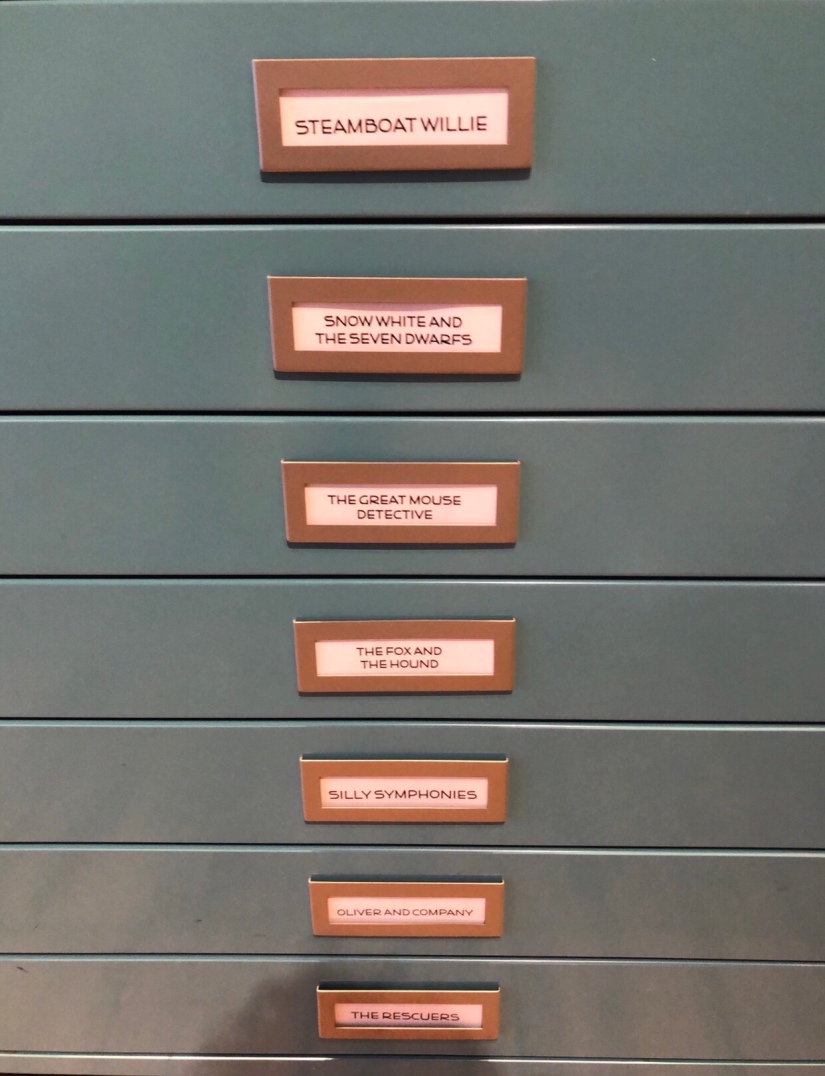 Disney Imagineers and designers did an amazing job paying tribute to those who brought us so many of our favorite characters many years ago. Above, you can see the filing drawers labeled with the names of films created by Disney’s Nine Old Men. It’s truly a joy to look around and see all of the special touches that might have been missed by those in a hurry, or those simply unaware of who these animation giants were. 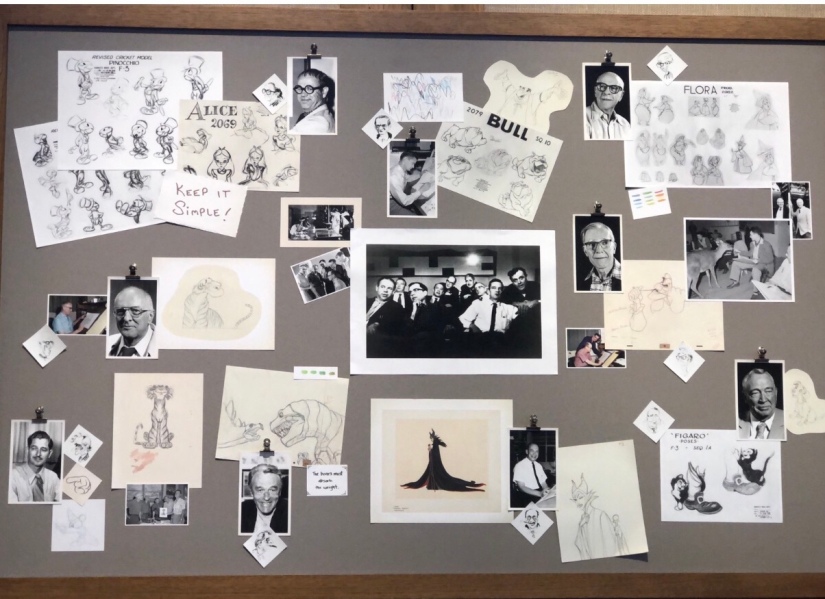 This unassuming bulletin board, pays homage to Disney’s Nine Old Men. I have to admit that I became very excited and giddy when I first spotted it. Who are they? Well, I’m glad you asked… here’s a bit of Disney history…

Disney’s Nine Old Men, were Walt Disney Production’s core group of animators. The play on words here is that many of them were in their twenties when they first were hired and Walt still called them old men. This eclectic group, worked during the golden era of the studios on animated features from Steamboat Willie (Les Clark was the only one of the Nine Old Men to work with Ub Iwerks on the origins of Mickey, himself) Snow White and the Seven Dwarfs all the way to The Rescuers! That’s almost 40 years of animation!

Sadly, all nine of these talented animators are now deceased. They sure left us with some amazing memories with all of the productions they worked on. I applaud Disney for taking us back to their roots and showcasing some of the art of this talented group.

Here are a few more examples, at check out, of the sketches, that were most likely ready for their pencil test, back in the day.

During your next Disney vacation, where it be at Walt Disney World, Disneyland or even one of Disney’s Beach Resorts, always keep your eyes open for Disney magic. If you need an experienced Travel Planner to make sure you don’t miss little surprises like these, contact us today! The Good Vibe Travel Girls have been booking Disney vacations for 12 years. 🌟 That’s a lot of Disney trips and experience! 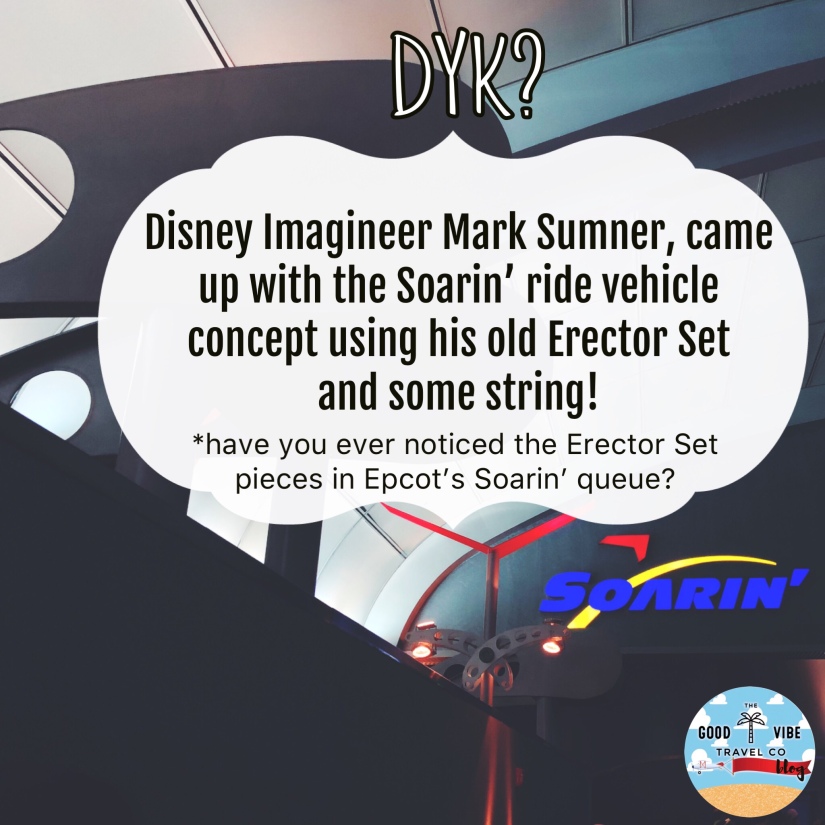